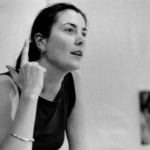 Jane Dickens is a professional actress, workshop leader and singer, based in Liverpool. She has been storytelling for more than ten years, has performed projects on topic across the PSHCE curriculum and with specific educational objectives within and extending the national curriculum and is the Gripping Yarns performer for Cumbria, Lancashire, Merseyside, Cheshire and the Wirral. Jane frequently has represented Gripping Yarns at national conferences relating to child safety and well-being. 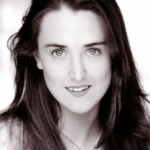 Louise trained at the Italia Conti Academy of Performing Arts, where she completed a three year Musical Theatre Course. During this time she also gained a Teaching Diploma from The London Academy of Dramatic Arts. Since then Louise has worked extensively in both professional Theatre and in Theatre In Education.
Louise has most recently appeared as Mrs. Lyons in the West End Production of Blood Brothers. Other acting roles include: Ophelia in Hamlet at the Edinburgh Festival, Polly Peachum in the Beggars Opera at the Birds Nest Theatre, Louisa in Hard Times at the Bridewell Theatre and Alais in a National Tour of the Lion In Winter. Louise also Co-wrote and performed in Love and Anger at the Unity Theatre in Liverpool.
Louise’s Educational work Includes: Touring Primary and Secondary Schools with Theatre of the Gorge. Teaching Summer School for Jayne Coleman School of Dance and Drama, Educational Workshops based on the National Curriculum for CREW Theatre Company.
Louise is extremely happy to be working for Gripping Yarns, as she sees it as an opportunity to combine her skills as an actor with her experience of working with young people, to enlighten their imaginations, whilst dealing with sensitive issues. 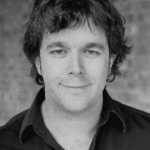 Simon  trained  at Bretton  Hall.  His  theatre  credits  have included  Ariel  in  The Tempest at the Wakefield Opera House, Philip in My Cousin Rachel at the Manor Pavillion  in Sidmouth, Reg in Table Manners, and Rodney in Toe in  the Water, at the Lyceum in Crewe, Sam in I Have Been Here Before, and Henry in Design for Living  at the Grand Theatre in Wolverhampton. He has also toured in The Demon Headmaster, and appeared in The Fireraisers, at the Union Theatre, London.
Simon has appeared in numerous Pantomimes, as Lord Chamberlain in Cinderella at the Hexagon Reading and as Vizier in Dick Whittington at Richmond Theatre, as Wishee Washee in Aladdin, at The Radlett  Centre, as Buddy in  Pinocchio, at  the Key Theatre in  Peterborough, and as Simple Simon in Jack and the Beanstalk, at the Middlesbrough Theatre.
Simon  is  also  an  accomplished  writer  –  Aches  and  Pains  and  Ageing  Sideways played  at  Wakefield’s  Powerhouse  Theatre  while  Careful,  You  Might  Die,  was short listed for the Royal Courts Exposure festival.  His children’s plays Where on  Earth?  Aliens  from  Nid,  It  Could  be  You  and  You-Me-Us  have  all  toured schools throughout the country and his musicals The Material Girl of Venice, The Merry  Wives  of  Motown  and  The  Fairytale  Factory  all  premiered  at  The  Key Theatre  in  Peterborough.  He  is  currently  working  on  a  horror  film  called The Island. 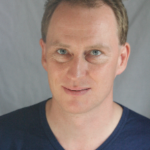 Simon Firth is a writer, actor and storyteller. He gained an honours degree in English Literature from Cambridge University, before training as an actor at Mouthview Theatre School. Theatre credits include the West End production of Blood Brothers and the national tour of Humble Boy with Hayley Mills, and television work has included Eastenders and Ripley and Scuff (CITV). Simon provides INSET training for teachers on PSHCE themes and his work has been published by Lucky Duck Publishing, through SAGE Educational.